World War II veteran Howard Hill spoke about his time in the Navy, joking about his experiences and also shedding light on the adversity he faced. Hill was one of the first Americans who visited Nagasaki after the atomic bomb was dropped.

The assembly was concluded with patriotic performances by the choir and band. 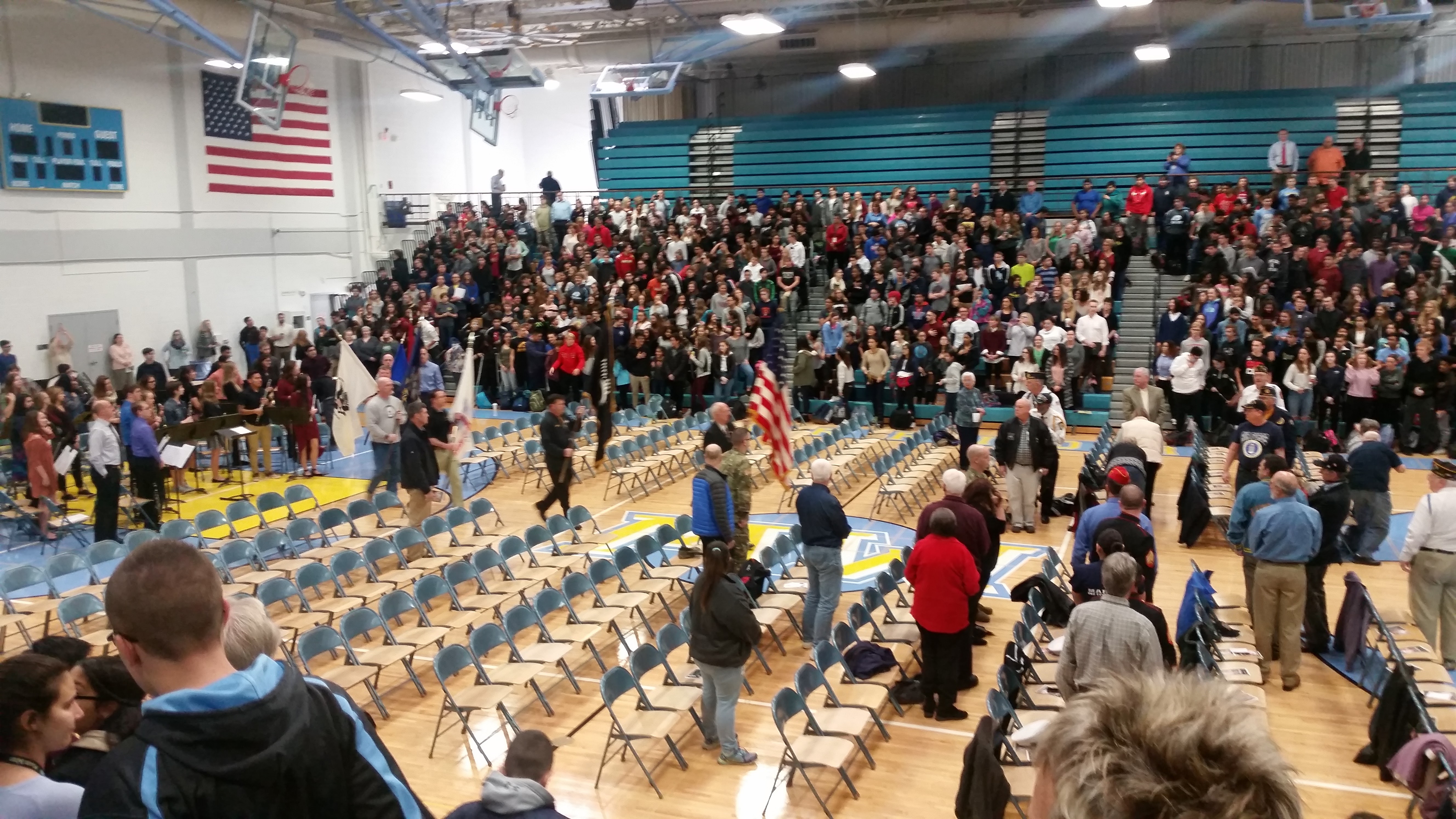